Are you looking for FSMA Training? We offer Accredited PCQI classes.

Today, the FDA announced the availability of guidance for food facilities that explains how to establish and implement a heat treatment, such as baking or cooking, to prevent contamination by disease-causing bacteria.

This is the sixth chapter of the draft guidance, entitled “Draft Guidance for Industry: Hazard Analysis and Risk-Based Preventive Controls for Human Food,” designed to help food facilities comply with the preventive controls for human food rule, mandated by the FDA Food Safety Modernization Act.

Click here for more information on FSMA from the FDA

FSMA Implementation: What to Expect from FDA in 2017
Important hint

FSMA Implementation: What to Expect from FDA in 2017

When Will FSMA Changes Happen?

The seven FSMA rules are now final. Some authorities have already gone into effect, such as the FDA’s new authority to order companies to recall food, and others require FDA to prepare and issue regulations and guidance documents. Compliance dates for each rule vary based on size of company.

On May 30, 2017, compliance begins for the Foreign Supplier Verification Program (FSVP) Rule. This rule imposes sweeping new changes on food importers and requires review and assessment of the food safety practices of foreign suppliers and their compliance history. Foreign suppliers must be approved pursuant to a written program before sourcing. The rule also requires new information to be submitted for customs entries: the FSVP importer must now be declared for each importation of FDA-regulated food (including dietary supplements) unless exempt.

Compliance is required on May 30 for the following items:

In an nutshell, FSMA - Food Safety Modernization Act is a Food Safety law to ensure the safety of the U.S. food supply. This act shifts the focus to prevention of food contamination before it reaches the public.

According to the United States Food and Drug Administration (FDA), foodborne illnesses have reached one in six Americans – 48 million people – and is the cause of approximately 3,000 deaths each year in the United States. These figures are likely to be higher as most of the cases are unreported. Because the symptoms are often flu-like, many people may not recognize that the illness is caused by pathogens in food. Those at greater risk are infants, young children, pregnant women, older adults, and people with weak immune systems.

The majority of these foodborne illnesses can be prevented. The FDA Food Safety Modernization Act (FSMA) was signed in to law on January 4, 2011 to ensure that the United States’ food supply is safe by shifting the focus from responding to contamination to being proactive and preventing the contamination from occurring. FSMA includes preventative controls, regulation for inspections and compliance testing, as well as regulations regarding the importation of food. These regulations will go into full effect by the end of 2017.

Besides the government, various organizations exist to help the food industry implement changes within their organizations to understand food safety, taking measures from risk-based approach (HACCP) and good manufacturing practices (GMP) to prevent occurrence of contamination within their supply chain.

Food safety is no longer considered only a legal requirement, but is now seen as an ethical issue that has direct impact on human life.

Lori Carlson provides independent technical writing, training and consultation services to the food and beverage industry. She has over a decade of experience in verification and validation, risk assessment, food safety and quality management systems, GFSI benchmarked schemes, regulatory compliance, and third party certification. Lori has authored numerous white papers, magazine articles and guidance documents and has contributed to the development of various food safety standards and food professional training courses for GFSI scheme owners and certification bodies. Contact the author through LinkedIn. 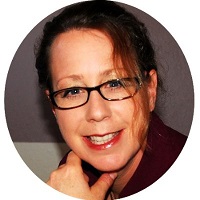 Paul Fallaw is the Program Manager of the Food Safety Division. Paul spent the last 10 years auditing and consulting and is a recognized food specialist with in-depth expertise in quality assurance, product development, regulatory affairs, manufacturing, and packaging.

Prior to a career in third-party certification, Paul held various roles in Quality Assurance and Regulatory Compliance with Hain Celestial Food Group, Cargill and Kraft Foods. His strong analytical abilities, proven technical leadership and management skills make him a great addition to the TUV USA team. Paul has a B.S. in Chemical Biology from Rhodes College in Memphis, TN. 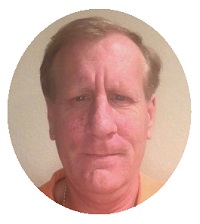 SQF 8: Key Changes and the Impact for Suppliers

Long awaited edition 8 of the SQF Code is nearly published. Many of the proposed changes are geared at helping sites develop and implement practices, which support regulatory compliance with FSMA legislation, and promote industry best practices. While currently out for final public comment—which ends February 6, 2017—TUV compiled a short list of proposed changes that we find will impact suppliers the most. With six months for implementation from publication date, is your food safety and quality management system ready?
Read more

You know you need to verify your food safety controls and suppliers if your company’s activities are subject to regulation under the U.S. Food Safety Modernization Act (FSMA) or if you are certified to a Global Food Safety Initiative (GFSI) benchmarked scheme. But, why are verification activities so critical to the effectiveness of food safety management and how can you make the most of material, process and product data to protect your brand and the safety of consumers?
Read more

What do new GFSI Benchmarking Requirements mean for suppliers?

With a fresh new look and streamlined benchmarking process, version 7.0 of the GFSI Guidance Document is ready for action. But what does this mean for the food supply chain? And, what changes will most notably improve currently benchmarked schemes?
Read more
Menu