What are the advantages of networked driving?

Vehicles today already collect a lot of data via the on-board electronics. What would happen if each traffic user shared this data with others by communicating relevant information via Wi-Fi to other cars in the environment, and what are the benefits of this? 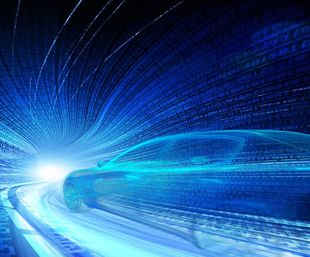 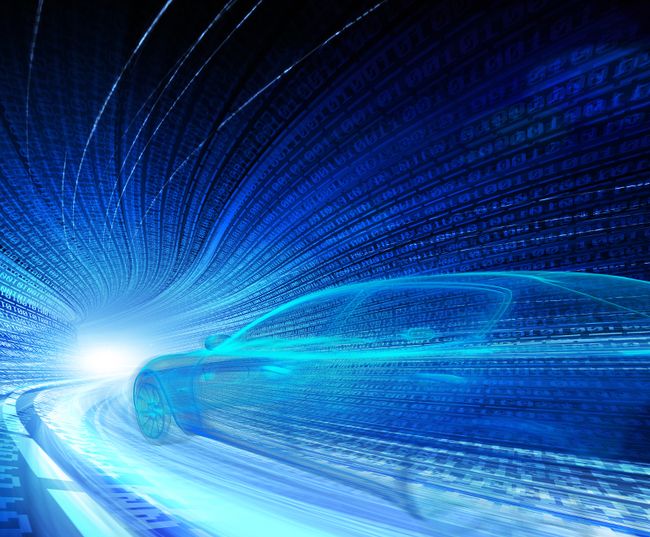 With Car-2-Car-Communication, standardized messages and information is exchanged between vehicles, such as driving speed, sudden braking, or standing traffic. The radio telegrams sent by a vehicle contain the vehicle position determined by the GPS system as well as the time and speed of data. If, for an example, a vehicle is situated, the data from the navigation system is used to indicate the location of the vehicle. This way, each event is encoded by Wi-Fi. In addition, the area in which other vehicles must be warned is defined.

The vehicles that receive the radio telegrams act as repeaters and spread the message, so that the information space becomes larger. The extent to which the message is spread depends on the area that is relevant to the event. In the case of a short notice braking, the relevant zone is of course shorter than the zone of an accident or high traffic. 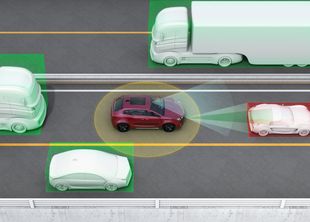 The safety-relevant applications with a large range include timely information about road traffic and conditions, such as ice, flooding, accidents, and vehicle remains. Further information is also available on the flow of traffic, information on traffic light phases, stop-and-go trips or constant starting and stopping at construction sites.

Based on this information, each road user can adjust his/her driving behavior and slow down. Driving becomes much more efficient. Road traffic will also be safer since dangerous situations, such as rear-end collisions, can be mitigated by abrupt deceleration.

The next stage is also planned: ‘Vehicle-2-X’ is the name of this extended communication, which also includes stationary traffic. With V2X, all techniques are summarized, and the vehicle is connected to another unit (e.g. another vehicle, Intelligent Roadside Stations (IRS) providing information on road conditions, congestion, accidents, people on the road, and other possible impairments.

There are already attempts by car manufacturers to use road traffic lights as an information interface. If a driver approaches a traffic light, he receives information about whether it is ‘red’ or ‘green’ at a constant speed of 600 meters before the traffic light. In cooperation with the data evaluation in the vehicle, it is also calculated at which speed must be driven to have a ‘green wave’. This information will then land on the display in the car within milliseconds.

Even construction site trailers, which are placed in front of road work the day before, could receive a Roadside Unit (RSU) consisting of computer and radio equipment, and thus warning drivers in time. 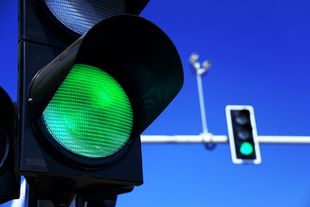 In addition to safety-relevant aspects, applications are also conceivable for concern and comfort. The search for parking would be another application. For an example, in the future parking garages could announce the number of free parking spaces via Wi-Fi to networked vehicles. Even when watching, refueling, or driving-in, the car would register itself, identify and even automatically pay by credit card. As a further step, an anchor into mobility services such as car sharing, travel agency, or public transportation is also conceivable. 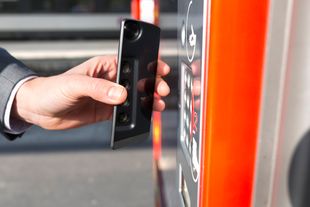 With Car-2-Car-Communications, we are approaching autonomous driving frequently. Experts estimate that ten percent of the rolling stock must be connected in order for the system to function across the board. Currently, it is not known when the first car with C2C communication will come into the market. The upgrade would cost a five digit sum – in series, but overall costs are likely to be significantly lower.

From driving assistance to autonomous driving

The combination of many already available assistants such as distance radar, lane holding assistant, blind spot warning, cruise control, and parking assists, are already very close to the autonomous car.

Currently, automotive supplier Continental is testing an emergency steering assistant. If an obstacle occurs, it is recorded by the camera and identified by the computer. A warning will appear on the display and an audible warning will sound. If the driver does not react, the system calculates the evasive movement speedily, steers in and brakes at the same time via ESP gently.

In the end, Car-2-Car-Communication represents only a transition: the car learns and helps more and more computers and assistants not only think for itself, but also to drive by itself. The increasing number of such systems and their increasing connection to the Internet make them more than the sum of their party: ESP sensors report future icy road sections, cameras collect data on speed restrictions or fog, and wrong-way driver warnings in real-time can easily be implemented. 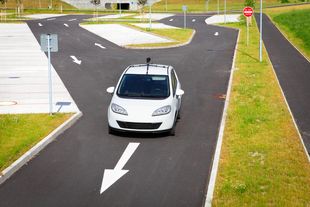 If in 2025, a large proportion of vehicles are already networked, then this would have a significant impact on road safety. According the Bosch model calculations and Prognos for Germany, the USA and China, 260,000 accidents involving injured individuals in all three countries can be prevented through the connection of the Internet. In Germany alone, 30,000 accidents involving personal injuries would be prevented, with 37,000 fewer injured. In addition, up to €450 million less material and damage costs would be incurred by networked assistance systems.

In addition, the networked mobility also has an impact on fuel consumption and emissions: just over 400,000 tones of CO2 are saved according to the calculation by means of networked functions – as much as the National Park Schwarzwald can store in three years. Active parking space management could reduce the search traffic by up to 380 million kilometers.

Since each stop causes higher fuel consumption, according to calculations by Audi, the avoidance of stops and traffic jams in front of traffic lights, accident sites, and construction sites would save 12 billion liters of fuel annually in Germany.

Cookie Settings
We would like to adapt the information on this website and our available services to your needs. For this purpose we use so-called cookies. Please decide which types of cookies you accept when using our website. The types of cookies that we use are described under "Details". Further information can be found in our privacy policy declaration.
Editorial information
Show details
These cookies are of fundamental technical importance for the function of our website and partly enable security-relevant functionalities.
These cookies collect information on how you use our website. They do not store any information that permits personal identification of the website user. The information collected with the help of these cookies is aggregated and therefore anonymous.
These cookies are set by third parties to enable, for example, the playback of videos or access to social media via our pages. We use marketing cookies to provide you with services tailored to your interests. You can find further information about the respective providers in our privacy policy declaration.